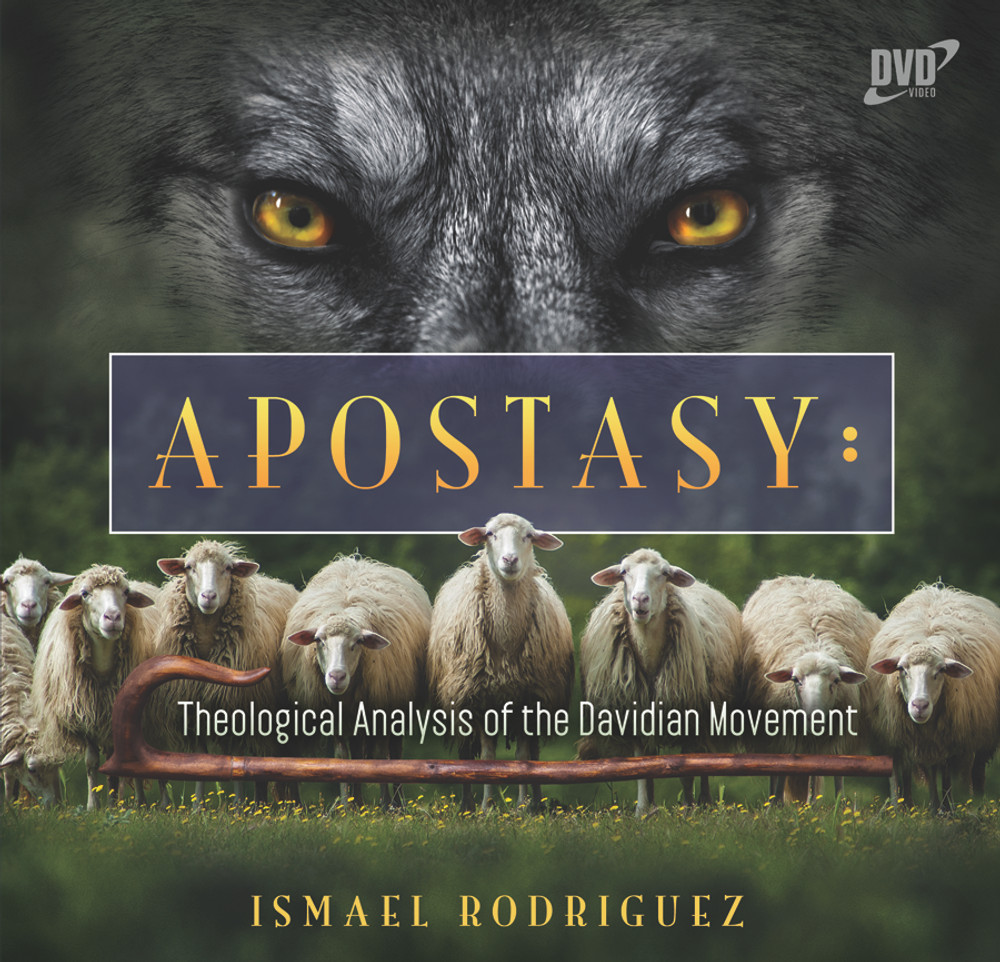 Untangling the web of error can be exhaustingly complex.  In this series, you will learn to discern the counterfeit. The Davidian Movement, often called the "Shepherd's Rod", has hooked many unsuspecting Bible students who are seeking "Present Truth".  By the end of this series, you will recognize and be able to refute the major Davidian doctrines such as Ezekiel 9, the stone of Daniel 2, and the pre-millennial kingdom, as well as their commonly used Bible and Spirit of Prophecy references. You will have a clear understanding of truth by rediscovering the beauty of Adventism; guarding yourself against deception or helping someone already involved with a dissident group.

Ephesians 6:11-19 tells us to put on the whole armor of God that you may be able to stand firm no matter what evil the devil sends your way.  False prophets shall arise (Matt 24:11) and false theories, clothed with garments of light, will be presented to God's people…seducing influences exerted; minds hypnotized (Maranatha, Feb 20, "Beware of Satan's Agents", p.59:1).  There are grievous wolves in our mists, men speaking perverse things, drawing away disciples after them (Acts 20:29-30).

BEWARE! Take heed that no man deceive you (Matt 24:4).  "God will arouse His people, if other means fail, heresies will come in among them...We should present sound arguments that will not only silence our opponents, but will bear the closest and most searching scrutiny..." (5T, 707:3 - 709).

Search the Scriptures and the Spirit of Prophecy by the grace of the Holy Spirit. The speaker has done just this.  Praise God!  Through His miracle, Ismael was brought out of the Shepherd's Rod deception. Finally, through this series, it is time to set the record straight.

Ismael Rodríguez for years had been a Seventh-day Adventist. He became entangled with the Shepherd's Rod theology, and eventually held a leadership role in the Davidian organization. Because he is fluently bi-lingual, he was asked to translate the writings of Victor Houteff into Spanish. As he embarked on this process, the Lord performed a miracle he now loves to share. He returned to the Seventh-day Adventist Church and is now a devout member in good standing of his local congregation. He has committed his life to a ministry of unmasking the Shepherd's Rod deception.