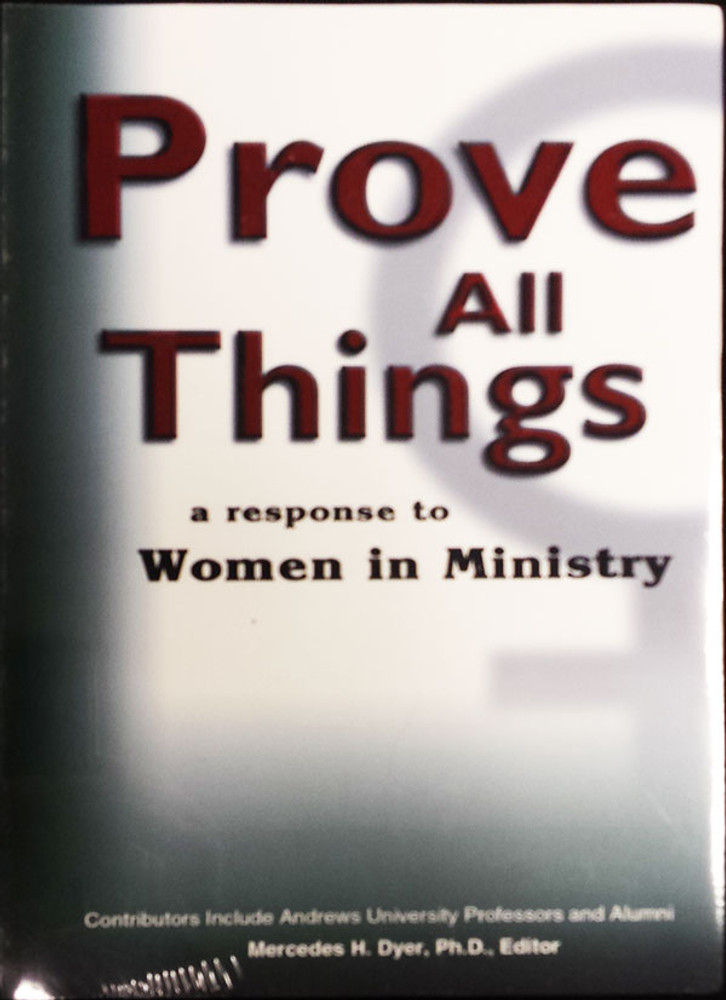 A response to the book: Women in Ministry.

Efforts to ordain women as elders or pastors have proven divisive among Seventh-day Adventists. To overcome the widespread lack of support, Women in Ministry, a recent book authored by twenty Adventist scholars, attempted to offer biblical and historical justification for women’s ordination. Are its conclusions valid?

This book, Prove All Things provides clear answers to these and other questions about ordaining women as elders or pastors. This eye-opening book presents a biblical vindication of the Adventist pioneers’ long-standing position. The overwhelming majority of the worldwide church still upholds this position, as evidenced by the 1990 and 1995 General Conference session votes.

Prove All Things shows convincingly that the Bible is not silent or neutral on the role of women in the church, and it points out the danger of departing from clear biblical teaching.

I have found this book to be most beneficial in my studies concerning women&#039;s ordination. It demonstrates clearly the errors on the pro-ordination side of the argument.