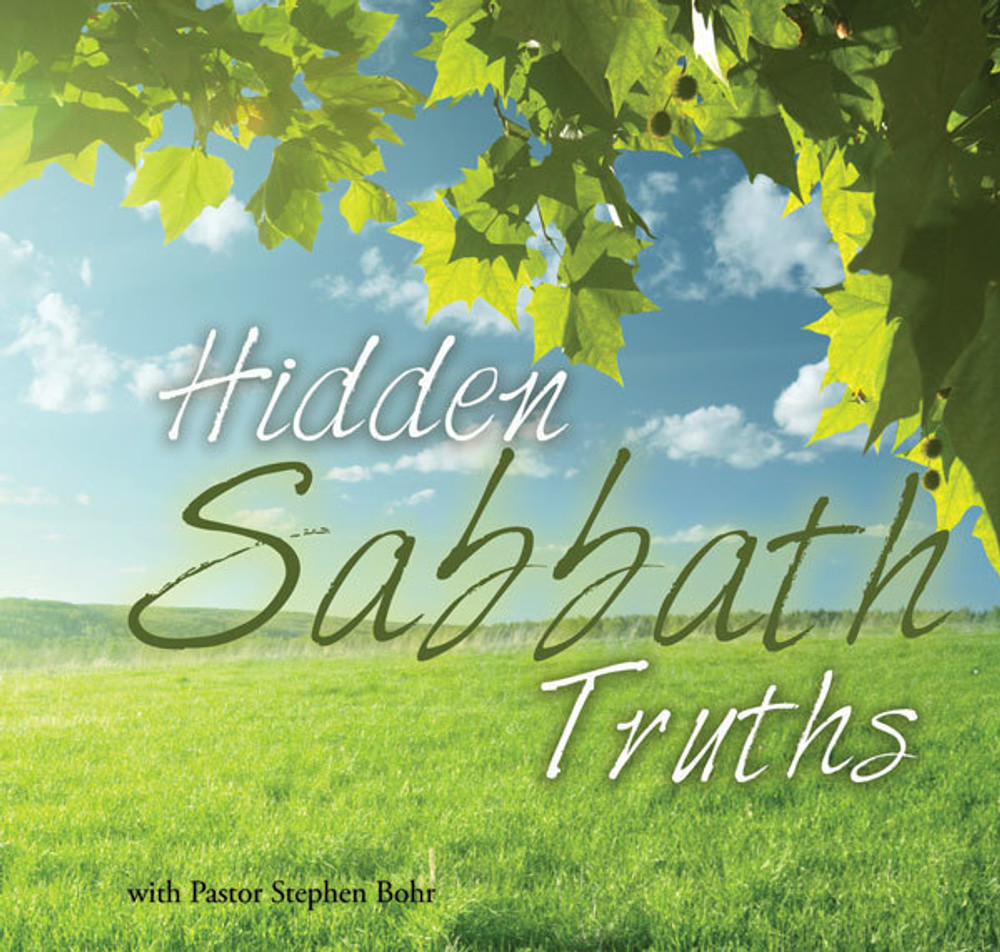 These two lectures explore the creation and redemption meaning of the Sabbath. Many new insights are presented which have never been explored before. Clear answers to questions such as: Why didn’t God give Adam and Eve a direct command to keep the Sabbath in Genesis? Why doesn’t Genesis mention an evening and a morning of the seventh day? You can’t afford to miss this one!

The Sabbath has three dimensions in our reasons for keeping it. In this first presentation, Pastor Bohr covers the primary one in which the Sabbath points us back as a memorial to God who created us and to whom we owe joyous and grateful worship because of Him being the source of our very existence.

This lecture answers the question of why Genesis does not record God giving a direct command to Adam and Eve to keep the first Sabbath with Him when He rested. It also shows why God did not say after the Sabbath, as He had at the end of each of the other six days, that the evening and the morning were the seventh day. These things have caused some to erroneously think the Sabbath was only first given to the Jews at Sinai to keep.

God is the center of the creation story and the Sabbath is first of all His day, but it also was given to man as a gift to spend special time with their Creator. Pastor Bohr also discusses what God's "rest" is and why He is said to still be resting, even though Jesus also said that He and His Father are always at work. This sermon shows why the Sabbath is such a blessing for all men, why it was needed even in perfect Eden, why Sabbath is still valid and given to us to "enter His rest", and why those who call it a curse and that it was meant only for the Jews just do not truly understand the character of God and His purpose for sharing the Sabbath with us.

In his second presentation Pastor Bohr deals with the other two dimensions the Sabbath points to that, unlike the first one, came as a result of sin. In a later version of the Ten Commandments, found in Deuteronomy 5:12-15, the motivation clause for keeping it differs from the Exodus 20 account which gives creation as the motivation. In this version, God's redemption of Israel from slavery in Egypt is the reason given for keeping it. They were to be kind to their servants by giving them rest on that day also, unlike Pharaoh, who had forced Israel to work hard all week with no rest on Sabbath. This foretold how Jesus was to come as our Passover, rescue us from our slave-master, Satan, and redeem us from our hard labor of sin so we could enter into His rest and become one with Him. Pastor Bohr also shows that the manna episode was given to Israel, not only as food to sustain them in the desert, but also as a prophecy that they could not live eternally on bread alone, but needed the coming Word and Bread of Life, Jesus, to save them. As represented by the manna miraculously kept fresh on Sabbath, Jesus would rest in His Father's care and promise on Sabbath in the tomb and would not in any way decay or stink. We are to "eat His flesh" of life by resting in death to self as He did and contemplating on Sabbath what He did for us on the cross when He said "It is finished". Thus, Christ's re-creating us spiritually on the sixth day, (as He originally did literally on Friday when He finished Adam and Eve's creation), by taking our punishment and dying on the cross so we could be set free from sin's curse and live, as well as His resting in the tomb on Sabbath after Passion Week as an example of us resting in His finished work of re-creation and redemption, is an additional reason why God asks us to keep the Sabbath holy.

The final dimension is still to come, when Jesus breaks His rest from creating and will once again create the earth in six days and meet with us literally for worship, communion and contemplation each Sabbath in the earth made new. The Sabbath and conditional immortality, the two major doctrines Satan has twisted with errors in most people's minds and practices today, will be restored to their proper place as seen in Isaiah 66:22-23. The earth will be wiped clean from sin and restored to what Eden once was and "all mankind" (not just Jewish people) will forever keep Sabbath holy as a sign, not only of creation and redemption, but also of God's love in bringing us to eternal life in a restored world with Him. After hearing this series, there can be no excuse for anyone to neglect the Sabbath any longer.
5 based on 2 reviews. Leave a Review.

It never ceases to amaze me, when God gave the Ten Commandments, people remember nine of them, but forget the One God said Remember...

I have enjoyed it and will be passing the DVD onto a home group to watch.

Reflections on a Sabbath Debate