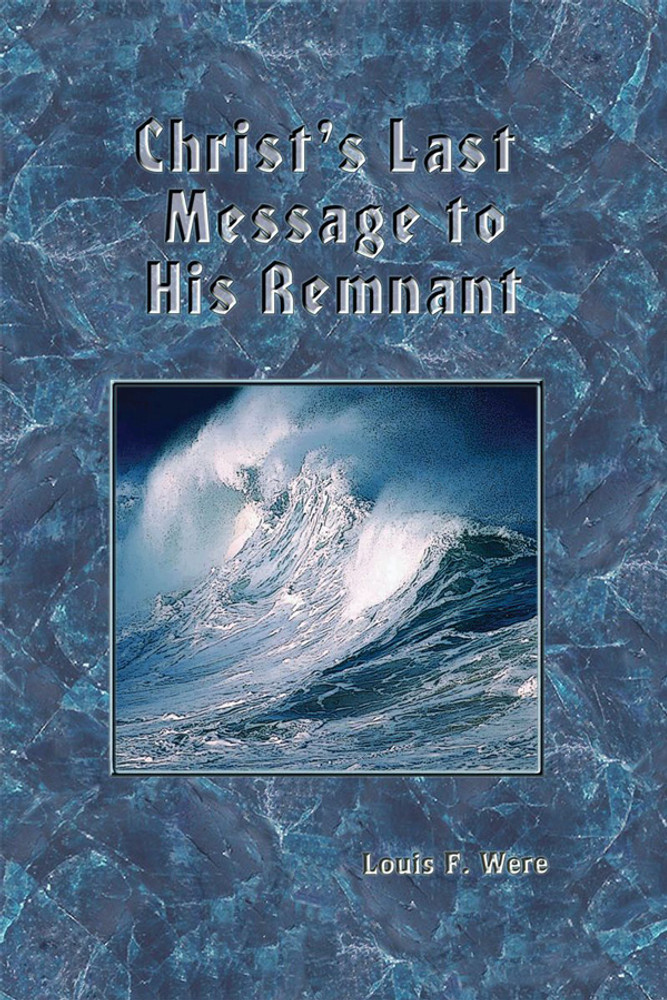 Christ's Last Message To His Remnant by Louis F. Were

Soft cover - 40 pages For many years there has been a controversy over the interpretation of the Armageddon prophecy in the book of Revelation. Is it a military conflict that will bring about the final storm that ends with the coming of Christ? Or is this conflict something greater than armies and military might? Following the biblical principles of interpretation that every prophecy and passage should reflect Christ, and draw the Bible student closer to Him and into deeper understanding of His character, the author shows how the Armageddon prophecy, which causes many hearts to fear, is really a message of love and hope for His people. Earth’s last days and the final storm of conflict are truly an awesome and awful time, but Christ’s message of hope is clear. Let renowned biblical scholar, Louis F. Were, take you on a brief but thorough journey through the minefield of conflicting prophetic interpretations to find the message of hope that Christ placed in the final book of His Word for you. In truth, the words of Revelation 16:12 – 16 are the Savior’s call for His people to be sure of where they stand, because the entire world around them will be taking a stand against God’s law and against His people. It is also a message of hope, because Jesus makes it very clear how the battle will end!