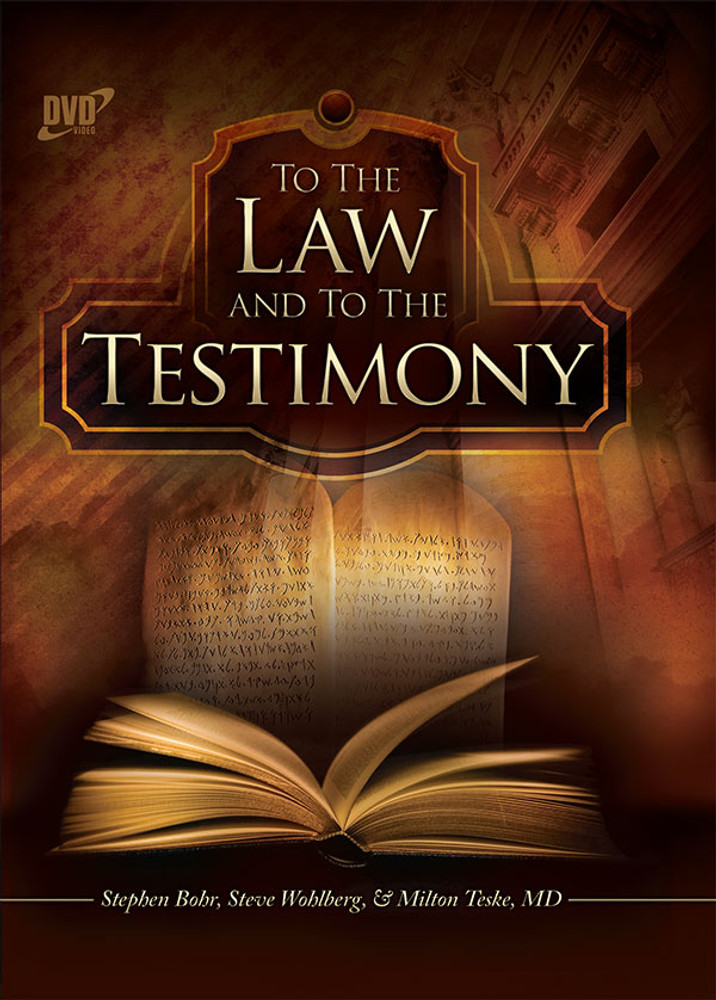 To the Law and to the Testimony - DVD Complete Set

In this series Pastor Bohr deals with hot button issues in contemporary Adventism including, lessons to be learned from the pantheistic crisis in the early 20th century, the holy flesh fanaticism, and the role of the spirit of prophecy in the remnant church.  Also he deals with the identity and function of the 24 Elders in the governance of heavenly society.

Steve Wohlberg presents a fascinating series on the righteousness by faith message at the Minneapolis general conference session of 1888.

Dr. Teske presents a series about our character, our conscience, and our choices, explaining how everything that makes us what we are and determines our destiny takes place within the several billion neurons that make up our brains.  Learn how changes can take place in the circuits of the brain, and how there is huge potential for change that exists within the mind.

To The Law and To The Testimony - MP3 Complete Set

To The Law and To The Testimony - DVD Singles