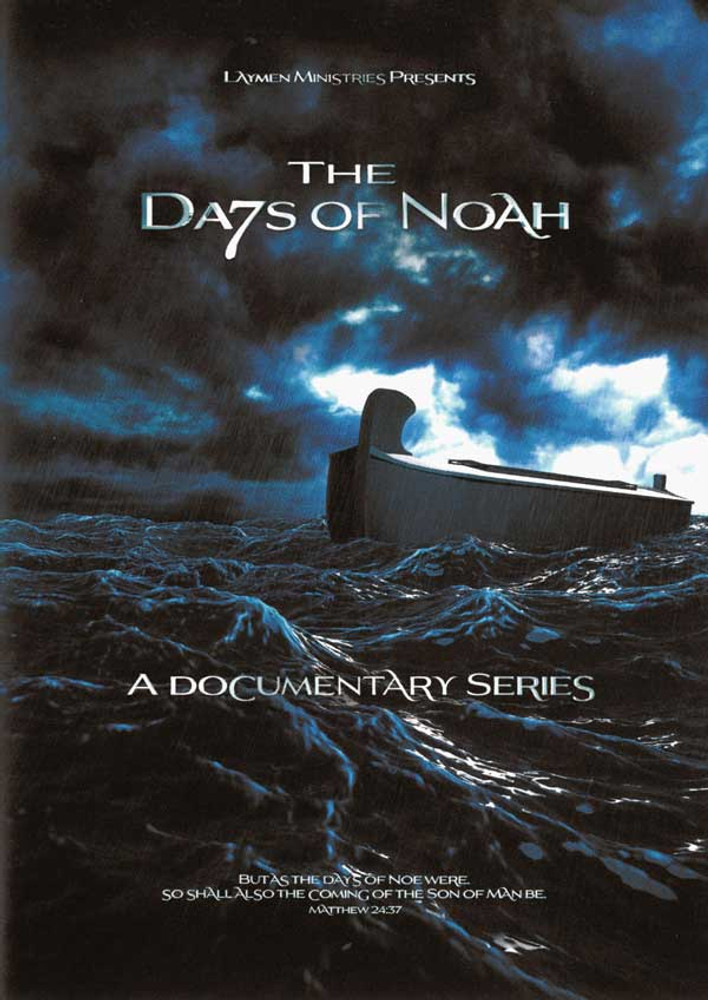 The Days of Noah Documentary

This is a documentary film with various known contributors including Pastor Bohr.

The Days of Noah Series consists of 4 films with over 6-1/2 hours of amazing content.

Here is a quick synopsis of the four films:

The Days of Noah Part 1: The Flood. The first film brings the Genesis epic to life. Is there evidence for a global world-wide flood? See what scientists say and explore with us strong, irrefutable evidence about this cataclysmic event.

The Days of Noah Part 2: Judgment Hour. Just before the Flood, Noah gave a judgment hour message to the world, and likewise, there is a special Biblical prophecy that foretells at the end of time another message will go forth to the world declaring "the hour of His judgment is come." (Rev 14:6) Noah invited the people to find mercy and refuge in the Ark, so too, this judgment hour message for us today points us to the final Ark of safety before the destruction of the world by fire.

The Days of Noah Part 3: The Valley of Decision. In giving the judgment hour message to the world, Noah called people to forsake their false systems of worship and enter the Ark. The multitudes were in the valley of decision. This film explores the parallels between the message of Noah and the last messages of mercy being given to mankind. The prophecies concerning the Antichrist and the mark of the beast will bring the entire world to a crisis point, forcing all to choose whether or not they will enter the refuge of the Ark, just as it was in the days of Noah.

The Days of Noah Part 4: Ark of Fire. The second coming of Christ is the most climactic event of all the prophecies in the Bible, and being prepared for this event is the keynote of the scriptures. Before that time, His people need to enter His Ark of Safety. How can we be sure we will be found in that end-time Ark? How may we find refuge in the Time of Trouble? The answers are clear and simple.

True eye opening and mind blowing. Helps in strengthening my belief in the Saviour, Jesus the Christ.

The Sacred Day, A Sanctuary in Time