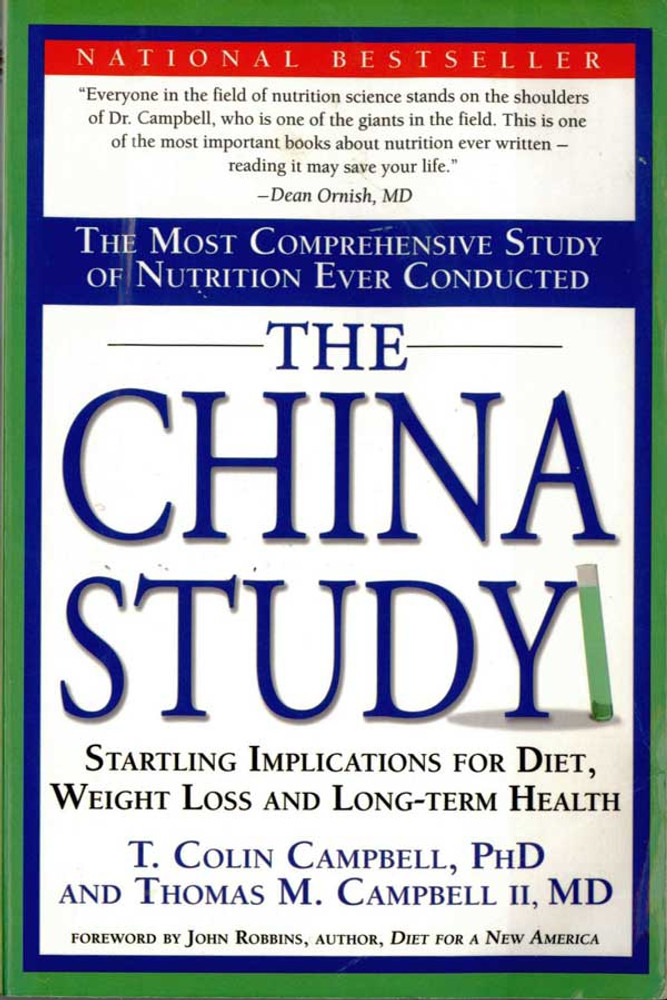 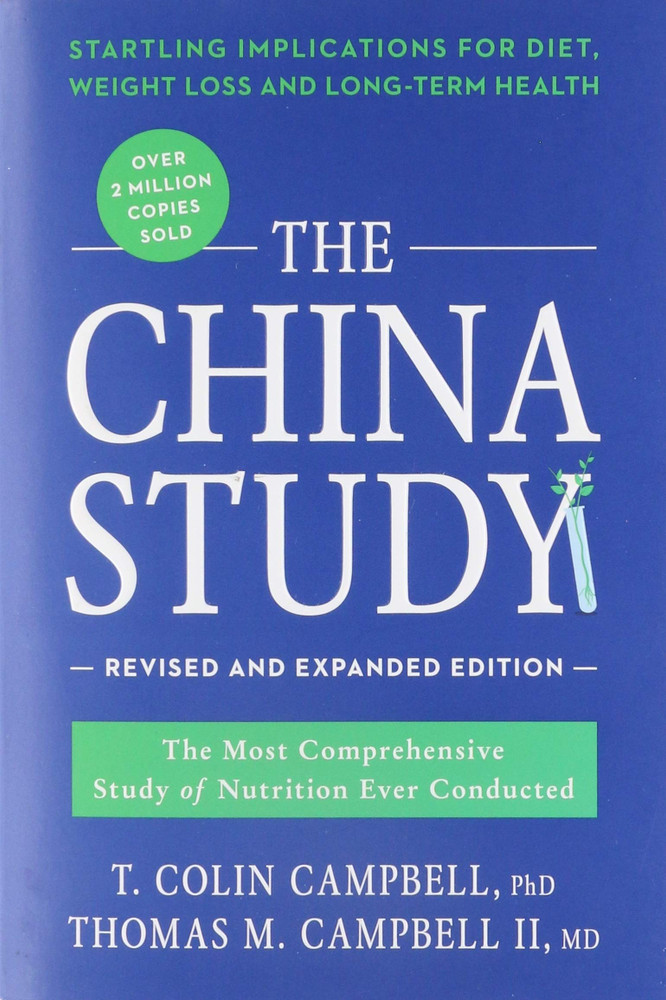 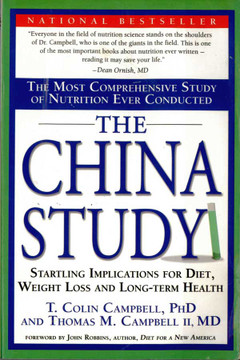 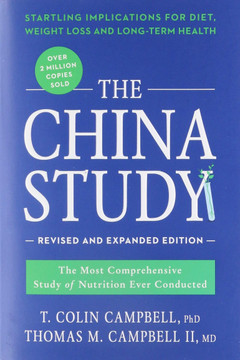 The most comprehensive study of nutrition ever conducted. Startling implications for diet, weight loss and long-term health.

Part I: The China Study

11. Eating Right: Eight Principles of Food and Health 12. How to Eat 13. Science - The Dark Side 14. Scientific Reductionism 15. The "Science of Industry 16. Government: Is It for the People? 17. Big Medicine: Whose Health Are They Protecting? 18. Repeating Histories

Even today, as the low-carb craze sweeps the nation, two-thirds of adults are still obese and children are being diagnosed with Type II diabetes, typically an "adult" disease, at an alarming rate. If we're eating healthier, why are Americans stricken with heart disease as much as we were 30 years ago?

Drawing on the project findings in rural China, but going far beyond those findings, The China Study details the connection between nutrition and heart disease, diabetes and cancer. The report also examines the source of nutritional confusion produced by powerful lobbies, government entities, and opportunistic scientists. The New York Times has recognized the study (China-Oxford-Cornell Diet and Health Project) as the "Grand Prix of epidemiology" and the "most comprehensive large study ever undertaken of the relationship between diet and the risk of developing disease."

"After a long career in research and policy-making, I have decided to step 'out of the system'. I have decided to disclose why Americans are so confused," said Dr. Campbell. "As a taxpayer who foots the bill for research and health policy in America, you deserve to know that many of the common notions you have been told about food, health and disease are wrong."

"I propose to do nothing less than redefine what we think of as good nutrition. You need to know the truth about food, and why eating the right way can save your life."

Early in his career as a researcher with MIT and Virginia Tech, Dr. Campbell worked to promote better health by eating more meat, milk and eggs -- "high-quality animal protein ... It was an obvious sequel to my own life on the farm and I was happy to believe that the American diet was the best in the world."

He later was a researcher on a project in the Philippines working with malnourished children. The project became an investigation for Dr. Campbell, as to why so many Filipino children were being diagnosed with liver cancer, predominately an adult disease. The primary goal of the project was to ensure that the children were getting as much protein as possible.

"In this project, however, I uncovered a dark secret. Children who ate the highest protein diets were the ones most likely to get liver cancer..." He began to review other reports from around the world that reflected the findings of his research in the Philippines.

Although it was "heretical to say that protein wasn't healthy," he started an in-depth study into the role of nutrition, especially protein, in the cause of cancer.

The research project culminated in a 20-year partnership of Cornell University, Oxford University, and the Chinese Academy of Preventive Medicine, a survey of diseases and lifestyle factors in rural China and Taiwan. More commonly known as the China Study, "this project eventually produced more than 8000 statistically significant associations between various dietary factors and disease."

In The China Study, Dr. Campbell details the connection between nutrition and heart disease, diabetes, and cancer, and also its ability to reduce or reverse the risk or effects of these deadly illnesses. The China Study also examines the source of nutritional confusion produced by powerful lobbies, government entities, and irresponsible scientists.

The China Study is not a diet book. Consumers are bombarded with conflicting messages regarding health and nutrition; the market is flooded with popular titles like The Atkins Diet and The South Beach Diet. The China Study cuts through the haze of misinformation and delivers an insightful message to anyone living with cancer, diabetes, heart disease, obesity, and those concerned with the effects of aging. Additionally, he challenges the validity of these low-carb fad diets and issues a startling warning to their followers.

Studies in Revelation - The Seven Churches