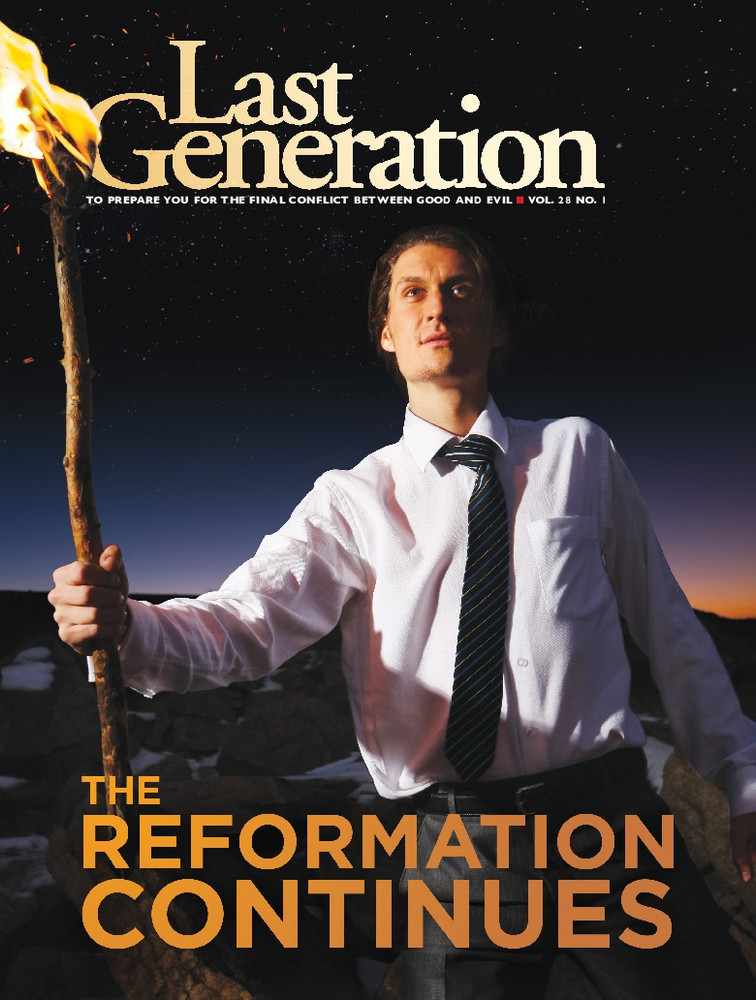 The Reformation Continues: The Bible truths that Wycliffe, Hus, Luther, Calvin, Zwingli, and other reformers taught caused violent reactions from the Papacy.

Article titles in this magazine are:

- Here I Stand by Dave Fiedler
- What Do Protestants Believe? by Pat Mudgett
- The Protest of the German Princes
- Who Gave Us The Bible? by Antonella Pedley
- A Light Shines Through Darkness by 'staff writers at Last Generation'
- The Power of a Song by Betsy Mayer
- Our Only Hope by EGW
- Was the Protestant Reformation a Mistake? by Richard Rosica and Betsy Mayer
- Antichrist:What the Early Church Fathers Believed by Colin D. Standish and Russell R. Standish
- Identifying the Beast of Revelation by Steve Wohlberg
- A Great Cloud of Witness by Betsy Mayer
- Ecumenical Illusions by Hal Mayer
- The Reformation Continues by Norbert Restrepo