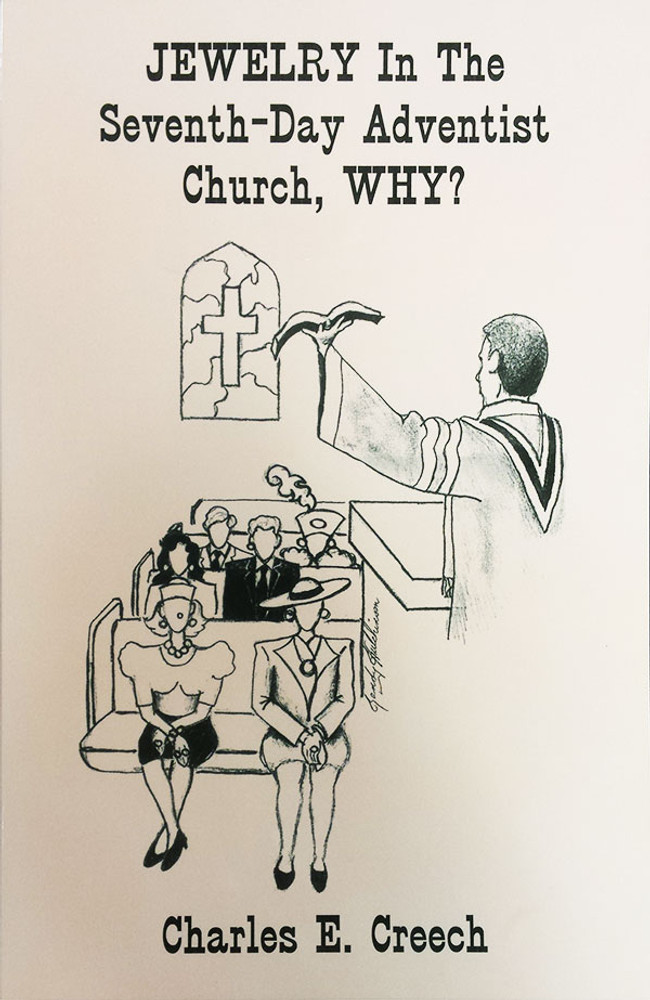 Jewelry in the SDA Church, Why? - Book

The question of jewelry among God’s people has been a matter of controversy for centuries.  Moses, who wrote Genesis over 1500 years before Christ, was aware of the problem as well as many other prophets.  More recently, it seems, that what the church took for granted, so to speak, (that jewelry was not acceptable) has fallen into an attitude of laxness.  Problems for laity and ministers, especially have been compounded by the decision published by the General Conference of Seventh-day Adventists which allows anyone who can wear a wedding band without doing violence to their conscience, to do so.

To many minds, the wearing of a wedding band may or may not constitute an ethical issue.  The writer believes the subject to be an ethical issue since it involves “the consideration of norms and principles, which come to bear on future consequences”.  Lately there has been a trend to justify the wearing of some forms of jewelry based largely on the argument of cultural differences between North Americans and other cultures.

In this study we will take a look at the historical evidence available, the scriptural evidence, and finally the ethical considerations and options.

Scripture, Church Structure, and the Path to Unity Symposium

Testimonies for the Church