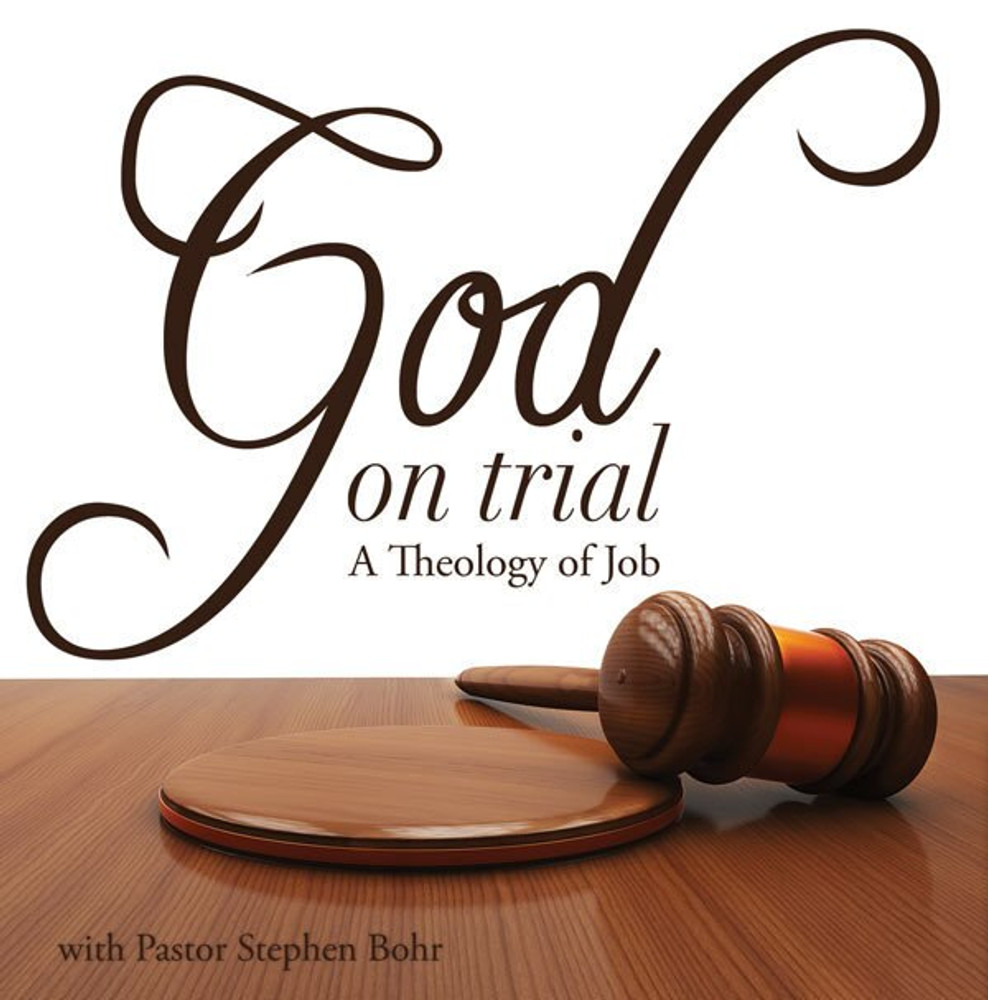 Got on Trial: A Theology of Job

In the oldest book of the Bible, Pastor Bohr digs deep into Job to show how its theme is based on a courtroom trial. In this case Satan is the accuser, the representatives of heavenly worlds in council are the jury, and God is the Judge and the Defense Attorney. God's character, as revealed by the evidence displayed in the experience of Job, is on trial to see if His love and power can really change man from evil and keep him from sin, because he loves God for who He is and not simply because He gives those who serve Him many blessings.

Many scholars puzzle as to why Satan is seen at the beginning of the book, but not apparently at the end of it. Pastor Bohr compares all the Scriptures that talk about Leviathan, the strange sea creature who does appear at the end of Job, and reveals that he is the seven-headed serpent/dragon clearly revealed in Revelation 12 as Satan. When Job finally sees that God's problem is on a far wider scale than what he is going through in his sufferings and seemingly unanswered questions, he then understands why God has allowed all of his calamities to happen. |

This sermon will help you to be encouraged by Job's example of faith amongst inner turmoils and severe trials. It will show you behind the scenes as to why God allows Satan to harass us; how He never forsakes those who hang on by faith to Him no matter what we are hit with by the adversary; and how all of heaven is interested in what transpires in our lives as we take our place in the great controversy between Christ and Satan.

In this fascinating lecture, Pastor Bohr takes the listener through several experiences in the life of Job that strikingly prefigured what Christ would go through when He came to earth, as well as what His people must go through who will face the beast and the trials of the time of trouble ahead. When Jesus was tortured during His life and killed by Satan at the cross, any little bit of sympathy that may have still lingered in the minds of heavenly beings for "Leviathan" was fully uprooted. Satan had revealed his principles on a smaller scale when he tried to destroy Job's faith by taking everything away from him, but at the cross he fully unveiled his character by killing the perfectly holy and innocent God/Man out of pure hatred. At the end, he will try his best to stop God's full and complete triumph by unleashing all of hell to prevent a pure and holy group of 144,000 "Jobs" from hanging on to their faith when they face the worst events this world has ever seen. But like Job's character and patience in trial, God's commandment-keeping remnant will have developed "the patience of the saints" (Rev.12:14).

Just as Job, Jesus was once rich but became poor. He obeyed God's commands, hated evil, and helped the poor and needy. He was misunderstood and deserted even by His family and His three closest friends, spat upon and mocked by the wicked, disfigured by His whippings, and called a great sinner because God's blessings apparently had left Him. Jesus also had questions as He struggled with temptation in keeping His faith in God. He felt forsaken by Him as He took on all of our sins at Gethsemane and the cross. The same will be true of us during the tribulation as we will feel alone and forsaken and will suffer deep mental anguish. We can prepare for this by learning, as Job and Jesus did, how to submit, trust and rest in God's love and care during these present times of peace and relative prosperity.

The Simplicity of Faith

Foundations of the Seventh-day Adventist Message and Mission

The Trials and Triumph of the Church (7 Churches)